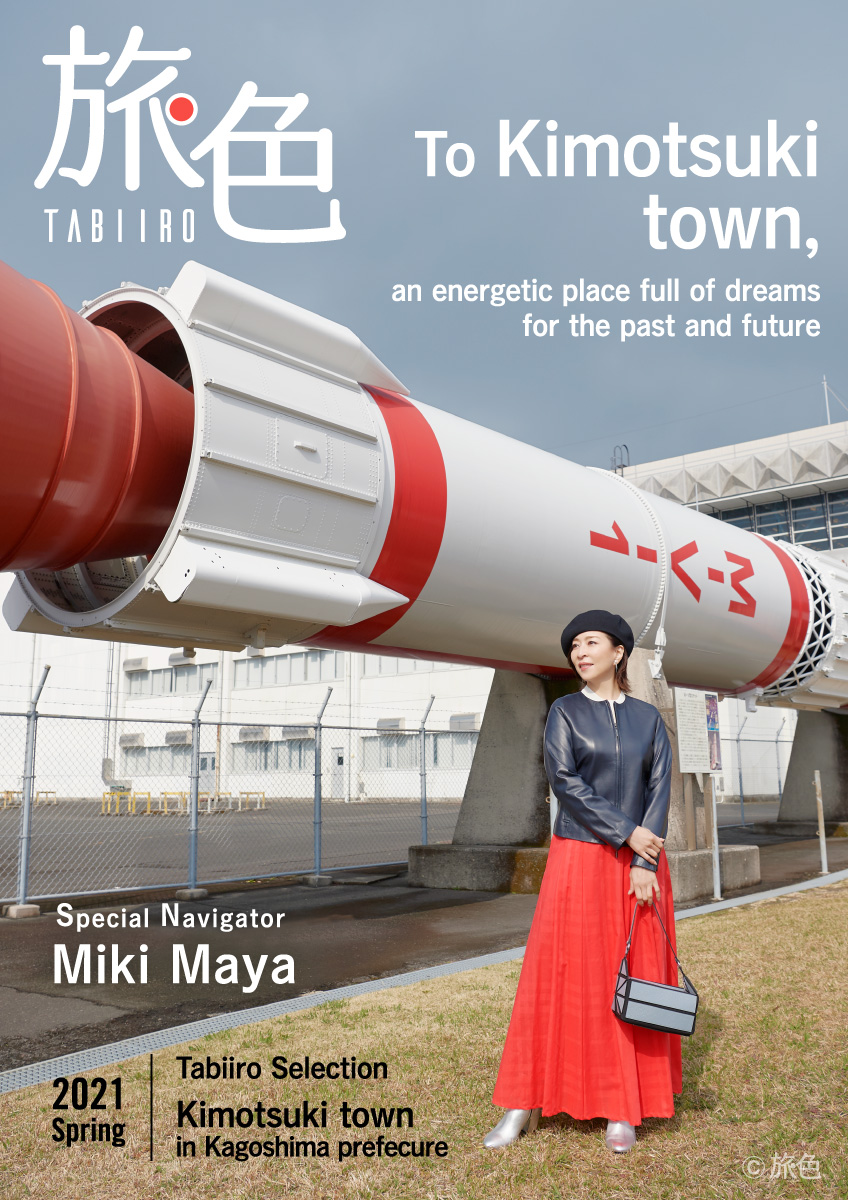 Kimotsuki town is situated on Osumi Peninsula in the southeastern part of Kagoshima prefecture. The town has mountain ranges in its center, and faces the Pacific Ocean. Coupled with rich nature and a temperate climate, this environment has promoted the prosperity of agriculture and livestock industries. In this article, we introduce Kimotsuki town’s numerous delicious specialty foods which can be also enjoyed at home by placing an order. 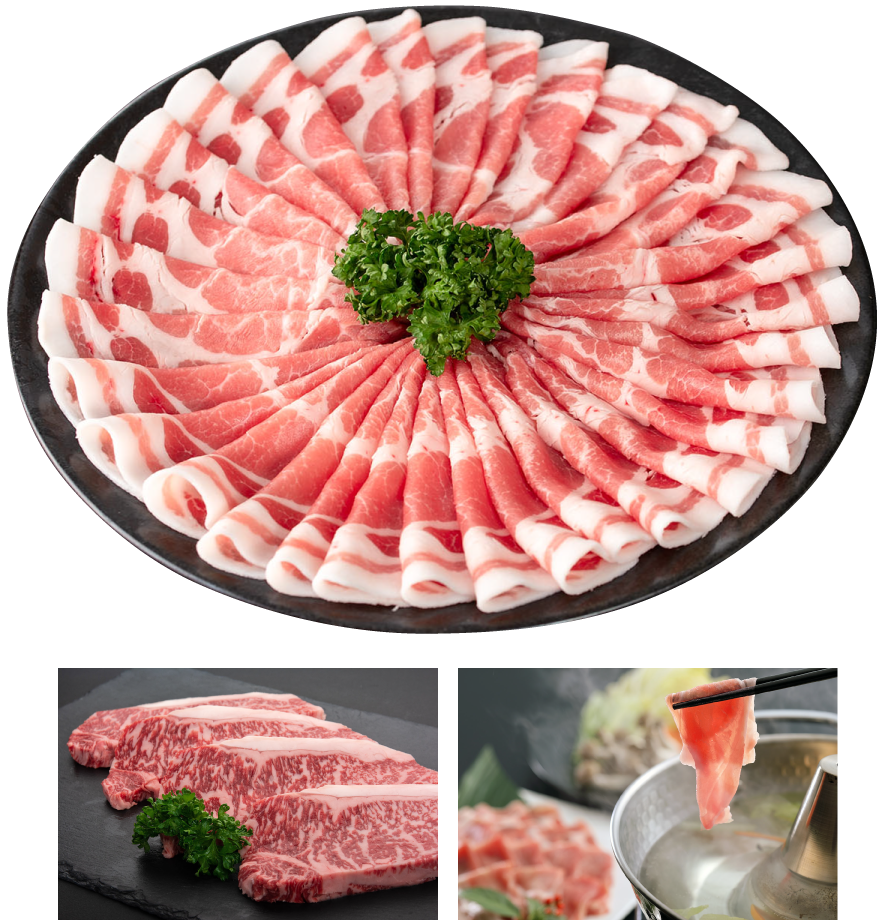 “Kagoshima Kuroushi” won first place in Japan’s 11th national wagyu beef competition, an event also called Olympics of beef, and Berkshire pig has been loved as quality pork. Kimotsuki town is particularly a prosperous agricultural region in Kagoshima, a kingdom of stock farming. You can savor umami even in the fatty part of the “Kagoshima Kuroushi” and Berkshire pig that was reared in an abundant nature with a relaxed atmosphere. You can fully enjoy high-quality meat with a taste that deserves the name of premium-brand meat. 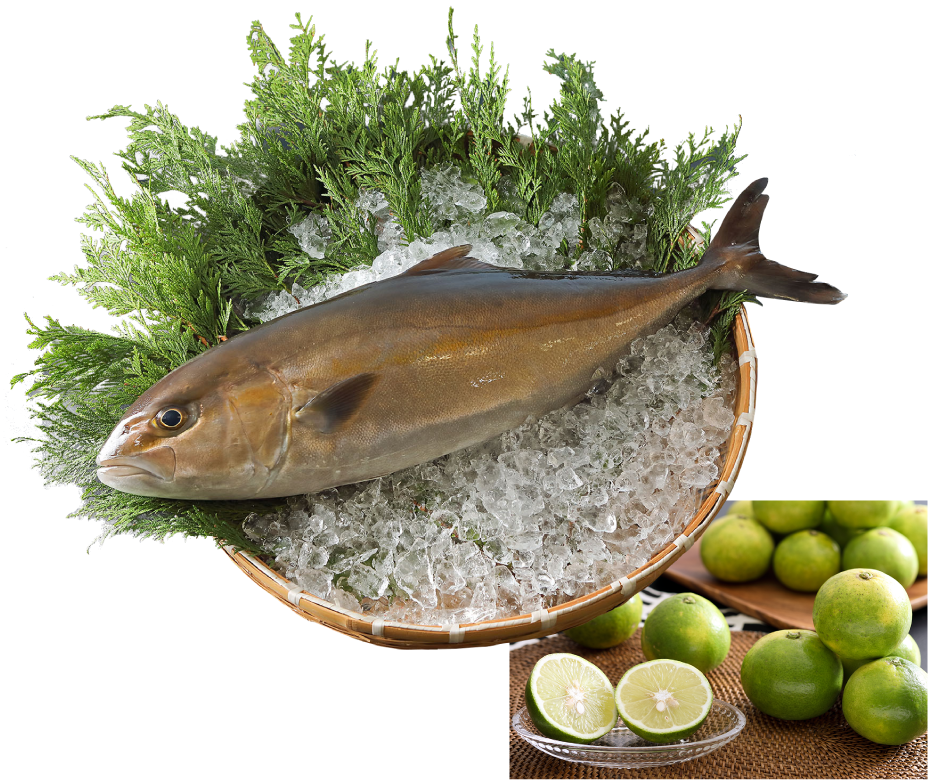 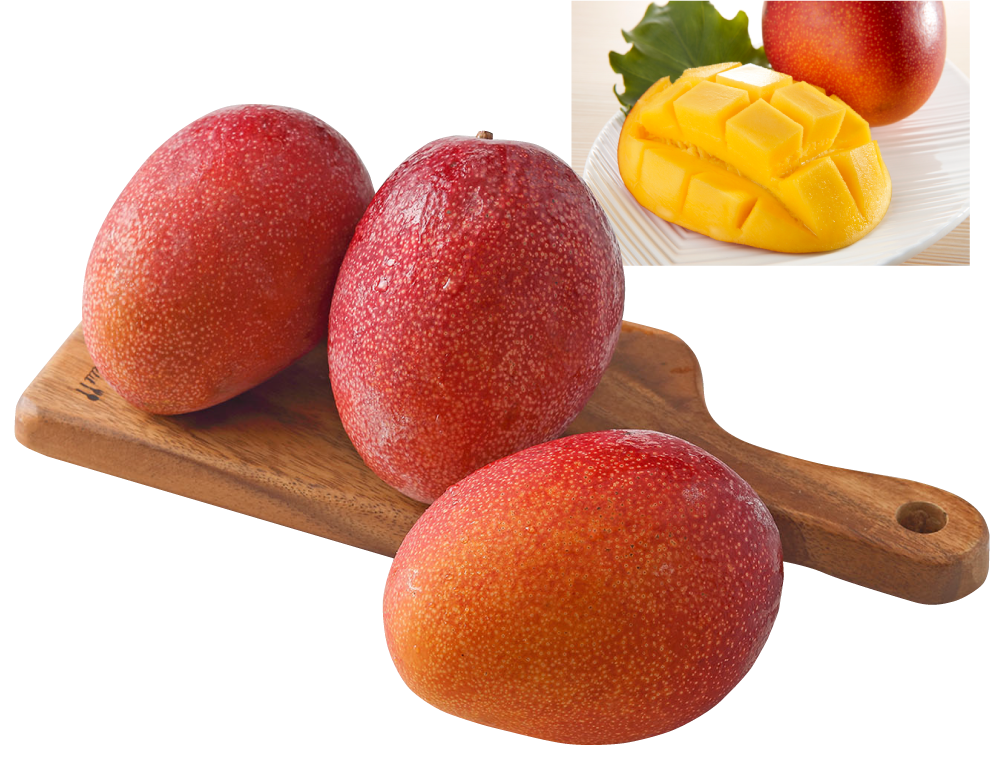 Kimotsuki town’s mangos are produced by making use of the temperate climate. Each of the mangotrees are lovingly grown as potted plants, netted, and left as they are, until the mangos mature and naturally drop. These mangos, grown by the ample sunshine, taste rich and juicy just like a tropical fruit should be. They are delicious by themselves or as a topping. 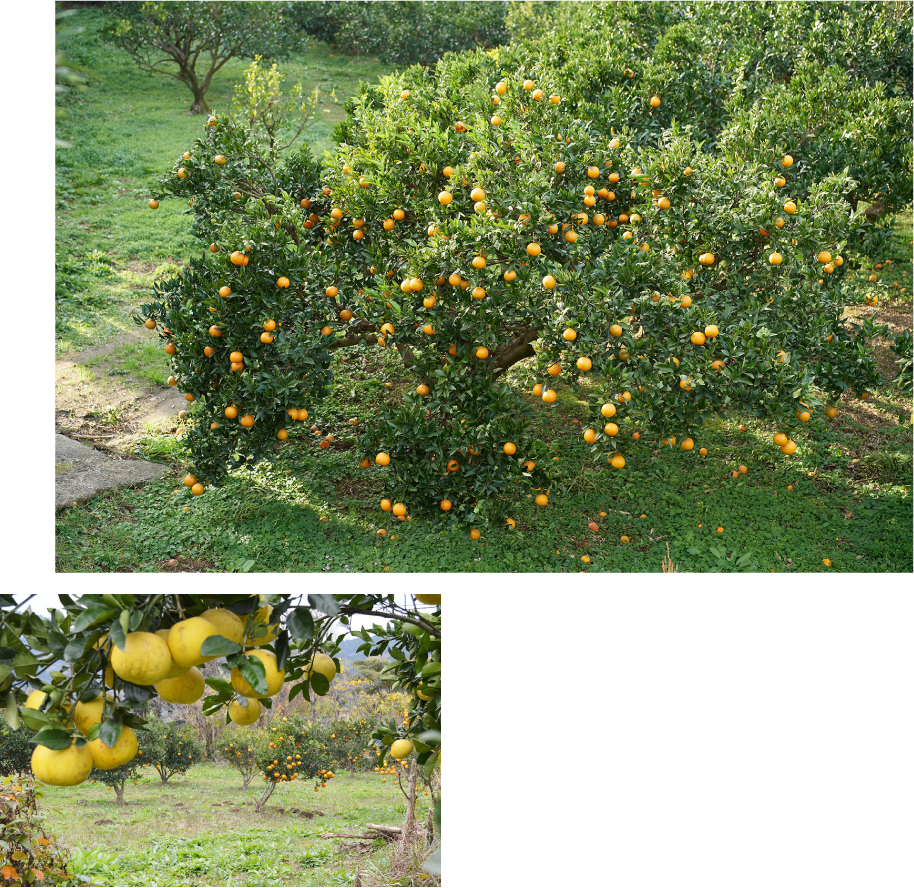 Many citruses are grown in the temperate climate of Kimotsuki town. From old days, “Hetsuka Daidai,” a variety unique to the Hetsuka region, has grown in the wild naturally. Unlike the general bitter orange, “Hetsuka Daidai” is actually soft and has a thin rind and is rich in juice. Also recommended are ponkan mandarins, which have a high sugar content and unique fragrance, and decopon, which is well-balanced in its sweetness and sourness, produced by crossing kiyomi oranges and ponkan mandarins. 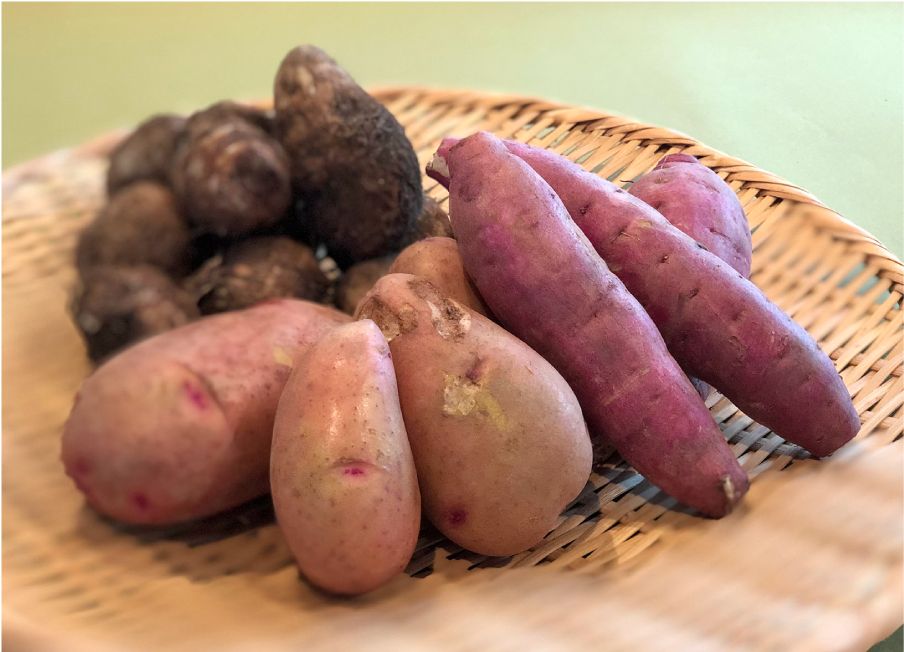 Sweet potatoes are a specialty of Kagoshima. Tubers such as sweet potatoes and taros are also grown in Kimotsuki town. You can get satisfaction from savoring the taste of simply baked sweet potatoes, which is very sweet, soft and crumbly. You can cook them in a variety of ways, such as tempura, simmered food and salad. Why don’t you compare tasting potatoes such as an orange fleshed yam and Beni Haruka, since the tastes differ depending on the variety? 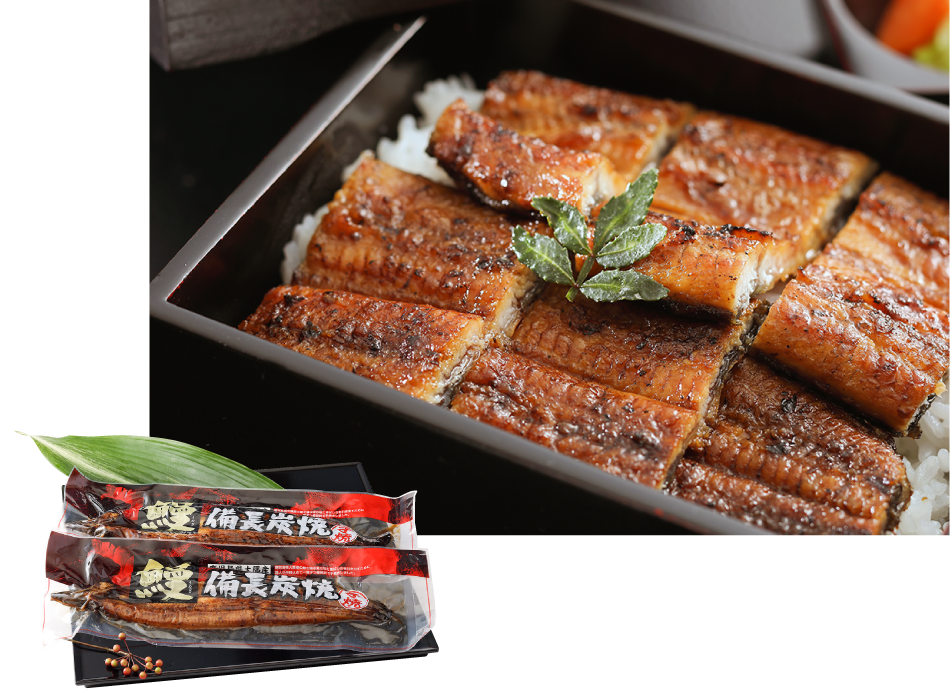 The taste of the cultivated Japanese eels changes depending on the water quality and food for the eels. “Kokusho Unagi (Japanese eel),” a branded Japanese eel of Osumi peninsula, are farmed with great care by using mineral-rich underground water refined through the mountains of the town and uniquely developed food. Also popular are processed Japanese eels hand-grilled by a skilled chef using charcoal fire. The soft and fluffy texture and the Umami of Japanese eels spreads in your mouth. 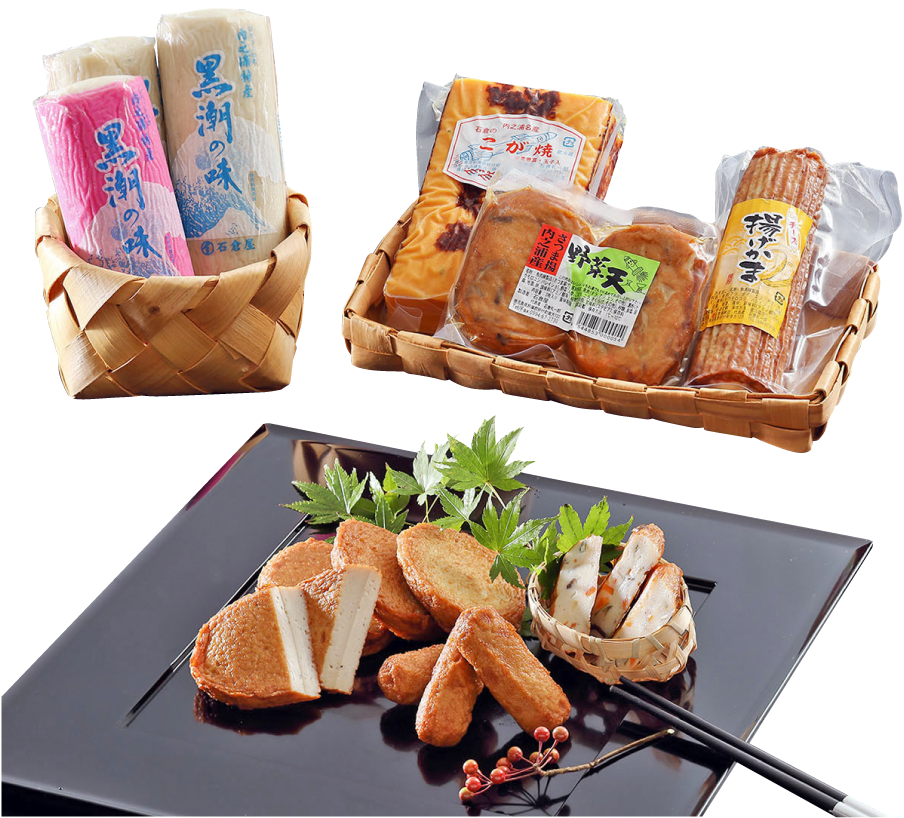 Deep-fried fish paste and steamed fish paste are also traditional specialties in this area, since many fish can be caught. They are carefully produced by using the fresh fish caught in the Pacific Ocean right before your eyes as ingredients, and made in a traditional cooking method, making the most of the Umami of the ingredients. You can add an easy-to-make but skillful dish to your table, as a side dish or as something to nibble with your drink.

Kimotsuki town is well-known for the asteroid explorer “Hayabusa”, and “Yabusame”, a traditional style of horseback archery with 900 years of tradition. Delicious foods which are produced by a temperate climate and abundant nature are popular as gifts. Please check on Kimotsuki Tourism Association’s official website for details.